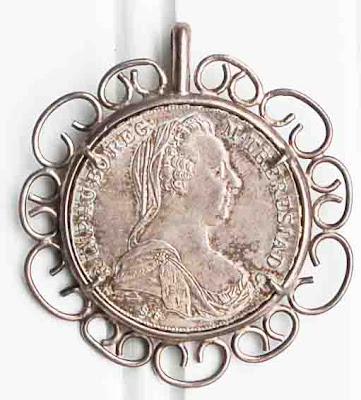 I have an interesting coin pendant that was given to me a number of years ago. I decide to do some research. This is a Maria Theresa Thaler coin. It has a fascinating bit of history that I thought I would share with you. 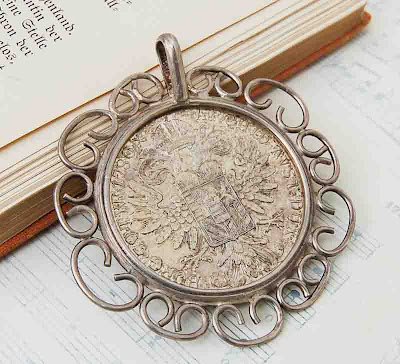 The Maria Theresa Thaler is probably one of the most famous and well-known coins of the world.  Originally struck in from 1740 to 1780. (My coin pendant is dated 1780,) the Thaler was the currency of the Austrian Empire. It was very important for trade with the Levant (parts of , , and ). The 1780 Thaler was the only silver coin that the Arabs trusted and would accept. This coin became the unofficial currency in some areas of Africa and , and may still be in use today as a "trade silver dollar" in some Arabian bazaars. 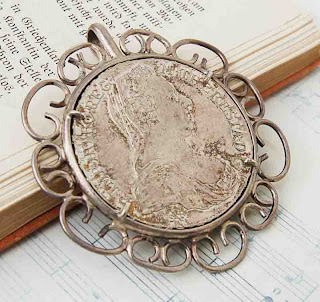 The Thaler coin has been used to make jewelry and ornaments such as head-dresses, necklaces, armbands and brooches to attach face veils or headscarves. These coins also served as a kind of portable bank since nomadic tribes wore their wealth while on the move. This unique silver coin was believed to contain healing powers and ward off evil spirits. 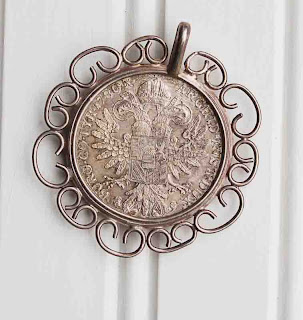